What makes OnePlus so popular? 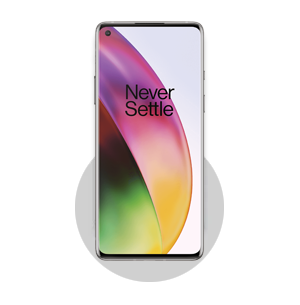 What makes OnePlus so popular?

Planning to upgrade your phone to a smartphone? Maybe you should check out the OnePlus brand with its range of advanced smartphones. OnePlus has been able to capture a wider market  due to its sleek designs, and cheap pricing. They have been consistently releasing at least two new phones every year since 2015 and with each iteration they manage to bring out some innovation and added apps, services and accessories like smartwatches and smart televisions.

In its initial phase, OnePlus was known for just one thing. High powered Android  smartphones that came at a highly competitive pricing.Their first flagship model the OnePlus One was priced at $300 but had a great camera and features that could compete with the then market leaders.

As OnePlus established a strong brand presence, the newer models are priced higher with the latest OnePlus 8 models being priced at $699 which is still a lot cheaper than their competitors like the Samsung Galaxy S20 sold at $999. And now there is huge excitement mounting up as OnePlus starts to get prepped for its next OnePlus 9 release.

OnePlus knows how to stand out from the crowd. All OnePlus models have a great focus on minimal design and high performance. The smartphones are always elegantly designed, have a sleek look and score high on usability.

Oneplus also employs one of the best Android skin, the Oxygen OS that simply elevates the overall look and feel of the phones’ UI. It has a high level of performance, does not lag and is super fast when using.

Another reason why OnePlus continues to grow is their marketing approach which is mostly focused on internet marketing and sales. You can buy all of OnePlus’s products directly from the site and do not have to pay any additional dealer prices. And every OnePlus phone comes with a limited one year warranty that can be extended with an insurance plan. It also has a good level of consumer support for service and repairs.

OnePlus also has a separate series of mid range mobile phones under the Nord series which are cheaper than the flagship models but still pack in a good level of advanced features and a sleek design.

The latest OnePlus 8 Pro sports an attractive set of features like Snapdragon 865 chipset, a versatile camera, wireless chagrin and IP68 rating against water and dust. The lesser model OnePlus 8 lacks wireless charging and IP68 rating but comes at a lower price. You also get another variant OnePlus 8T which is somewhere in the middle of both the versions offering an additional feature called WarpCharge 65.

If you were to look at alternative brands with similar offerings, you can check out LG, Google, Apple and Samsung range of smartphones. But the biggest competitor to OnePlus is Google with its Pixel series which have a similar price offering  albeit with a low level of specs.

While OnePlus has a good level of support and after sales service, it is still limited compared to the level of service operators you can find for the competitive brands. But have no worries, FixandGoNy can take care of any repairs and diagnosis of your OnePlus phones. Do contact us today for any queries and OnePlus phone repairs.

The latest innovations from Samsung you need to look out for

5 Most Common Reasons Why Screens Break